Formulated with glutathione to rejuvenate skin, texture and tone. 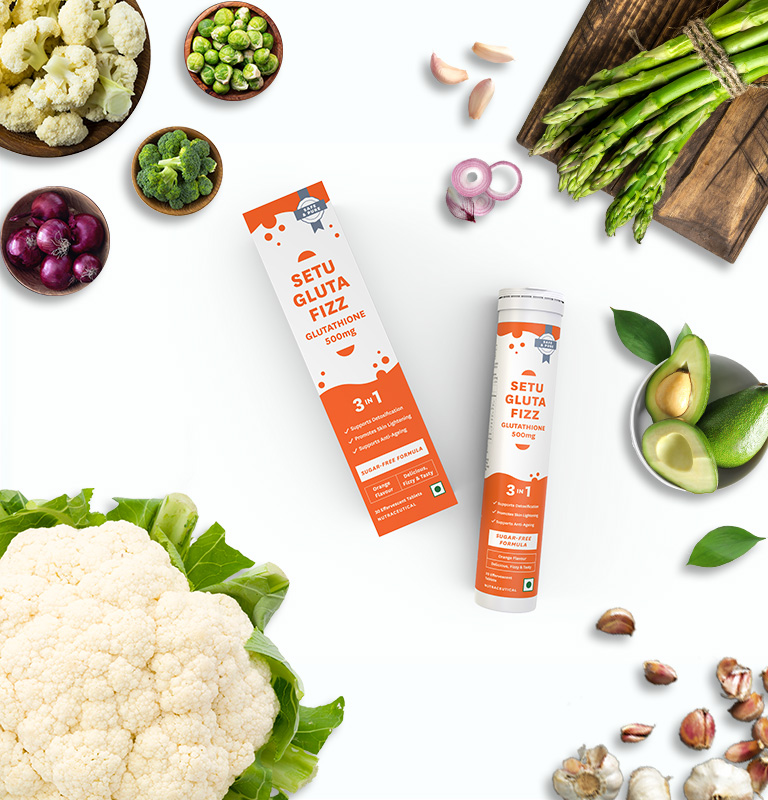 Formulated with glutathione to rejuvenate skin, texture and tone.

Unlock your inner beauty. Our tasty, fizzy formula is packed with glutathione, a powerful antioxidant to keep your skin looking and feeling great. Setu Gluta Fizz is designed to support the detoxification of your liver which helps improve overall skin health inlcuding fine lines, wrinkles, texture, pigmentation and tone. Setu Gluta Fizz is recommended for both, men and women. Just drop one tablet in a glass of water and enjoy your detox drink.

Glutathione is an antioxidant naturally found in human cells that neutralizes free radicals, boosts the immune system and helps flush out toxins from the body.

Glutathione, also known as the master antioxidant naturally occurs within the body, however ageing and external stressors like food, pollution and other toxins cause glutathione levels to drop. Glutathione is a tripeptide consisting of three amino acids that work together to stimulate skin cell regeneration and strengthen the outer layer of the skin to prevent further damage, keeping your skin looking and feeling youthful.

Check out the potent ingredients in this product

Sugar-Free
Our 100% sugar-free formula makes it usable for people of all ages, even if you’re on a diet or have high blood sugar levels.

Zero Side Effects
This product is made with high-quality, natural ingredients and does not have any side effects.

Clinically Studied
All the ingredients used in the formula have consistent supporting scientific research for their efficacy.

Glutathione is a powerful antioxidant found in our body that is made up of three amino acids – L-cysteine, L-glutamic acid and lysine. While all animal cells can synthesize glutathione, its production in the liver is of vital importance. It has potent free radical-chelating activity and is called the ‘Master Antioxidant’ because it also plays a vital role in maintaining other antioxidants like Vitamins C and E in their active forms. Glutathione affects every major biochemical pathway in the body like DNA synthesis and repair, protein synthesis, amino acid transport, enzyme activation and every major system in the body, especially the immune system, nervous system, gastrointestinal system and the lungs. It also affects iron metabolism. It also plays a role in the progression of the cell cycle, including cell death.

Why Is Glutathione Good for You?

Glutathione has wide-ranging health benefits from reducing free radical damage in our cells and fighting the oxidative damage. It is a key nutrient that has proven effects in keeping skin young and healthy since its seen to reduce melanin index and reduce the appearance of ultraviolet light-induced spots thus enhancing skin elasticity and improving the appearance of wrinkles.

Why Do I Need a Glutathione Supplement?

While glutathione can also be obtained from a lot of food sources like meats and vegetables, the concentration differs depending on the way the food is processed or cooked. To get the excellent benefits of glutathione, you need constantly elevated levels that can be maintained by consuming a high-quality supplement.

How Can I Consume This Product?

Have one serving per day. Take one glass of water and drop a tablet. Enjoy the tasty and fizzy dose once it completely dissolves.

Storage
Store in a cool & dry place, away from moisture. Protect from direct sunlight. Keep out of reach of children. Replace the desiccant cap tightly after every use.

Caution
For adults only. Consult your physician before using this product if you are pregnant, lactating, trying to conceive, taking medication or have a medical condition. THIS PRODUCT IS NOT INTENDED TO DIAGNOSE, MITIGATE, TREAT, CURE OR PREVENT ANY DISEASE.

Here are a few other amazing Setu products with similar benefits. 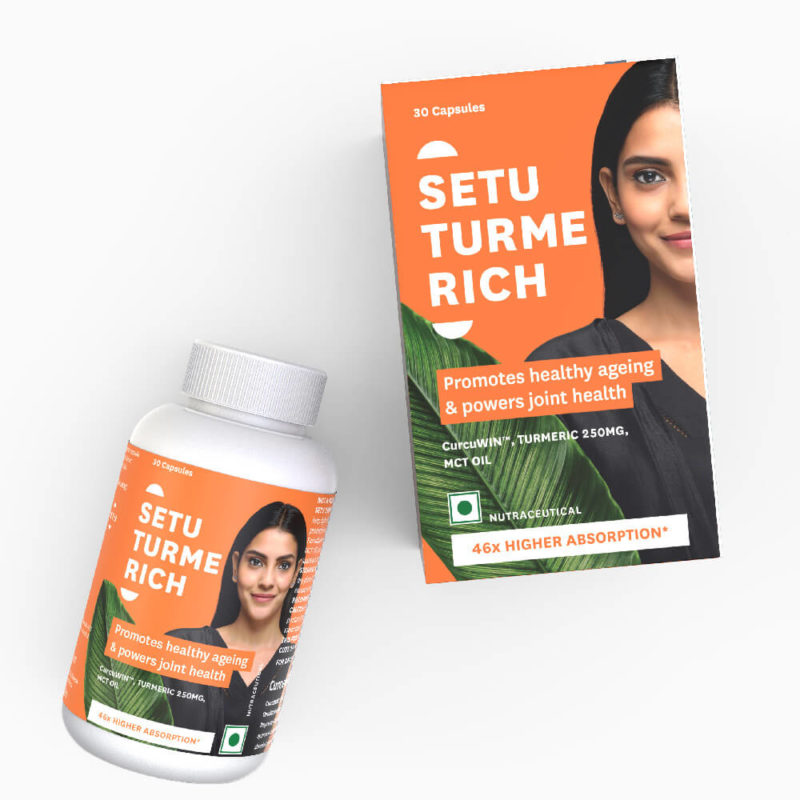